Gerrie Eijlers, who has been working as Head of Support at app builder FacilityApps for several years, had to step into action unexpectedly yesterday at the age of 41 because the handball team was hit by Corona and there were no more backup goalkeepers available. Eijlers had already accompanied the handball men to Hungary as goalkeeper trainer. He fulfils this function in addition to his work at FacilityApps, since he stopped being an active handball player (1.5 years ago). 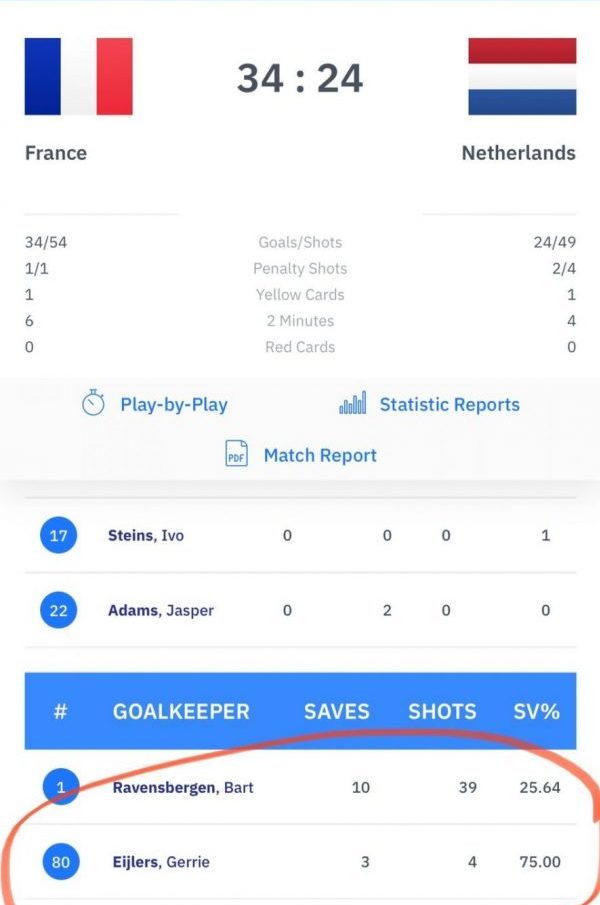 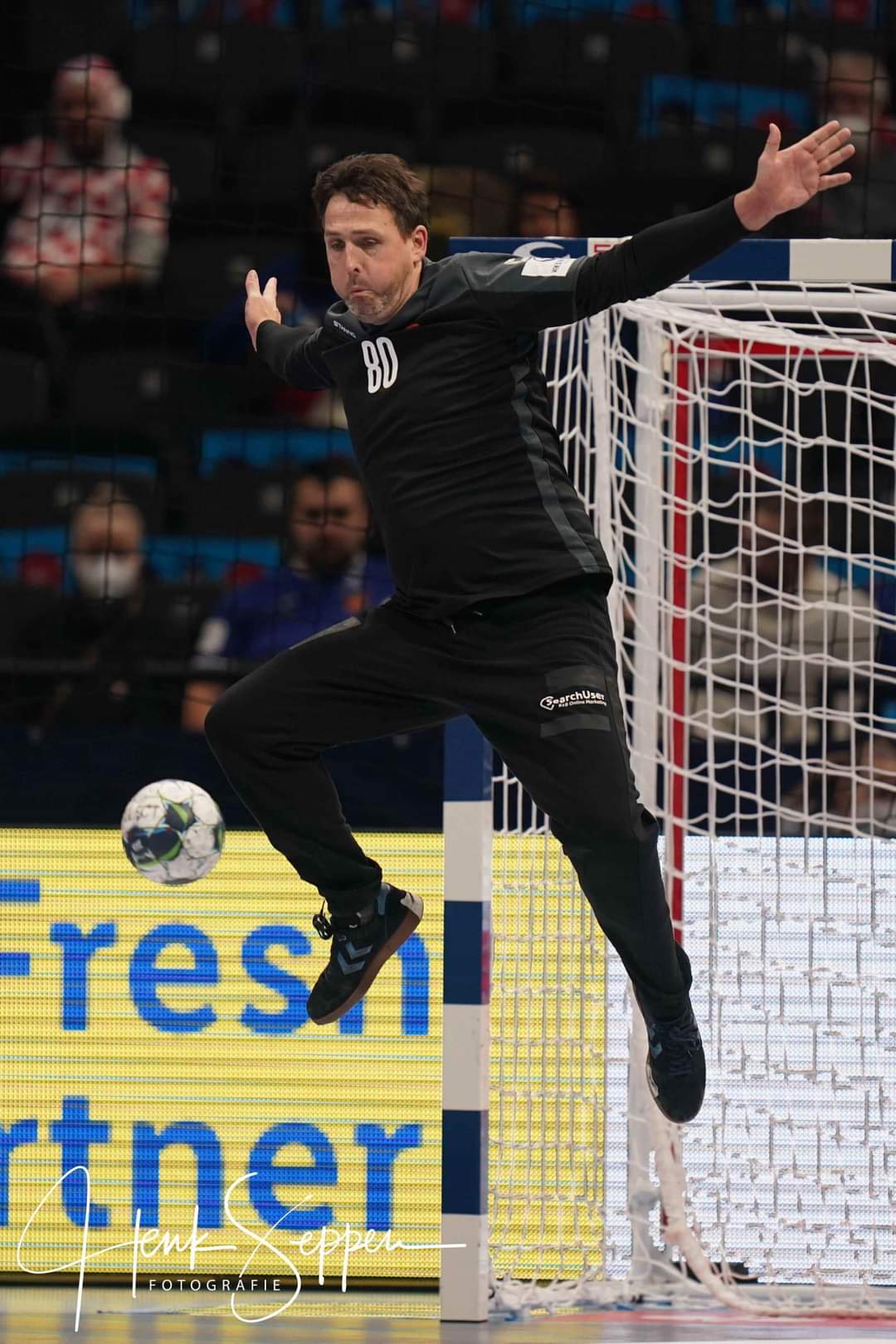 After the Dutch handball team had qualified for the first time for the final round and were now among the best 12 countries in Europe, Gerrie unexpectedly had to put on his goalkeeper’s outfit! This because of several corona cases in the team.

During the match against Olympic champion France, Eijlers also came into action. In the last 5 minutes, he made 3 saves out of 4 attempts. The national media really dived into the story and both Nu.nl, Telegraaf and NOS came up with the remarkable news. 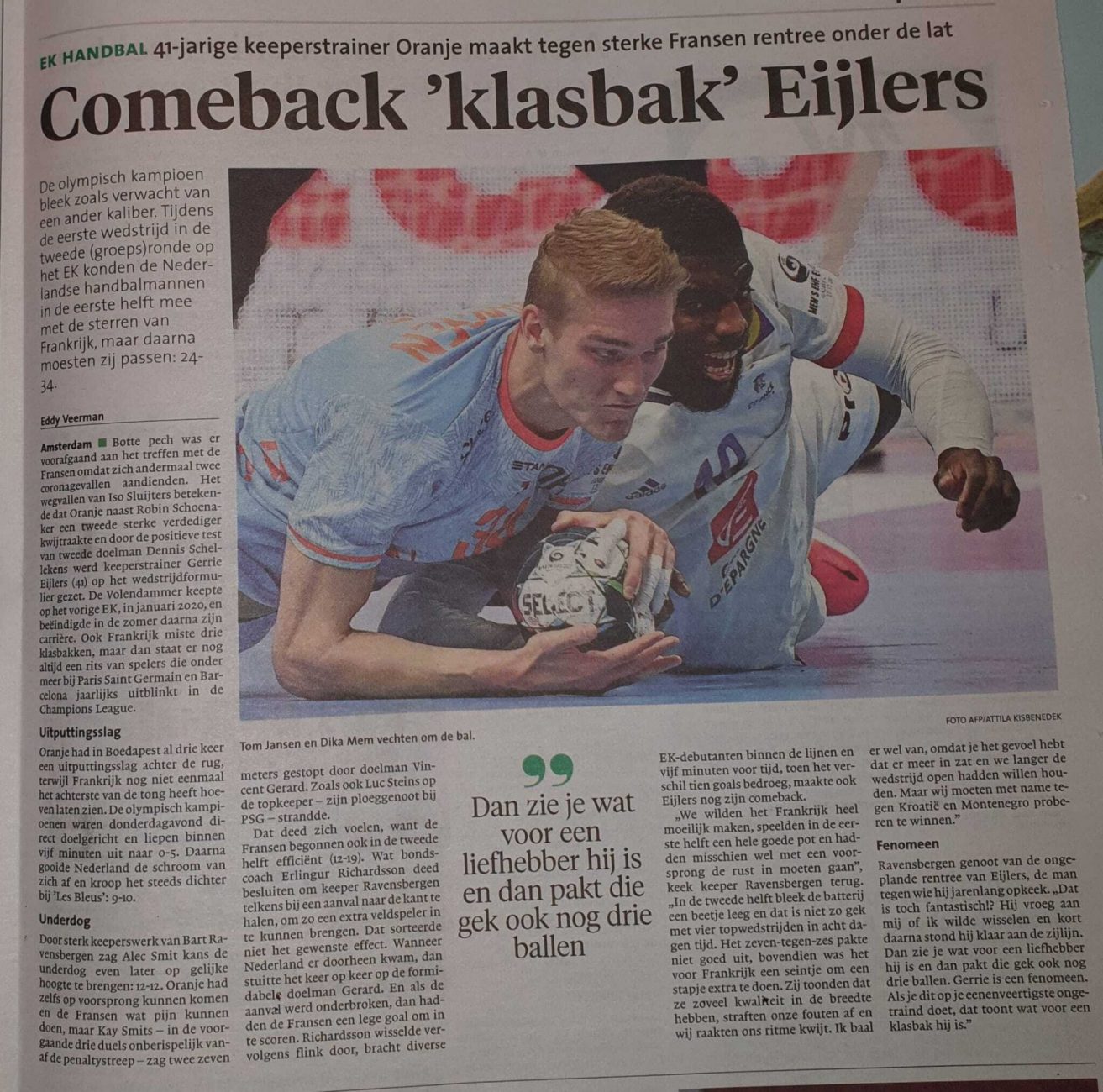 Eijlers himself about his performance beforehand: ‘It seems like a dream that this is happening. But I don’t know yet if this is a good or bad dream, because I haven’t played goalkeeper for a while. But if I can help the team like this, I will. After the performance Gerrie, who played his 121st international match, enjoyed it a lot: ‘It’s very special to be able to play against such a top team and under these circumstances. Another goalkeeper has been flown in so I am assuming that this will be the last one.

FacilityApps will have to wait until Gerrie returns home, as the Netherlands now still plays against Montenegro, Denmark and Croatia. Eijlers: “I had not expected that we would reach the second round, so I am pleased that my employer is so flexible. Handball remains for me the most beautiful game there is.

Look at him standing at the national anthem! WE ARE PROUD! 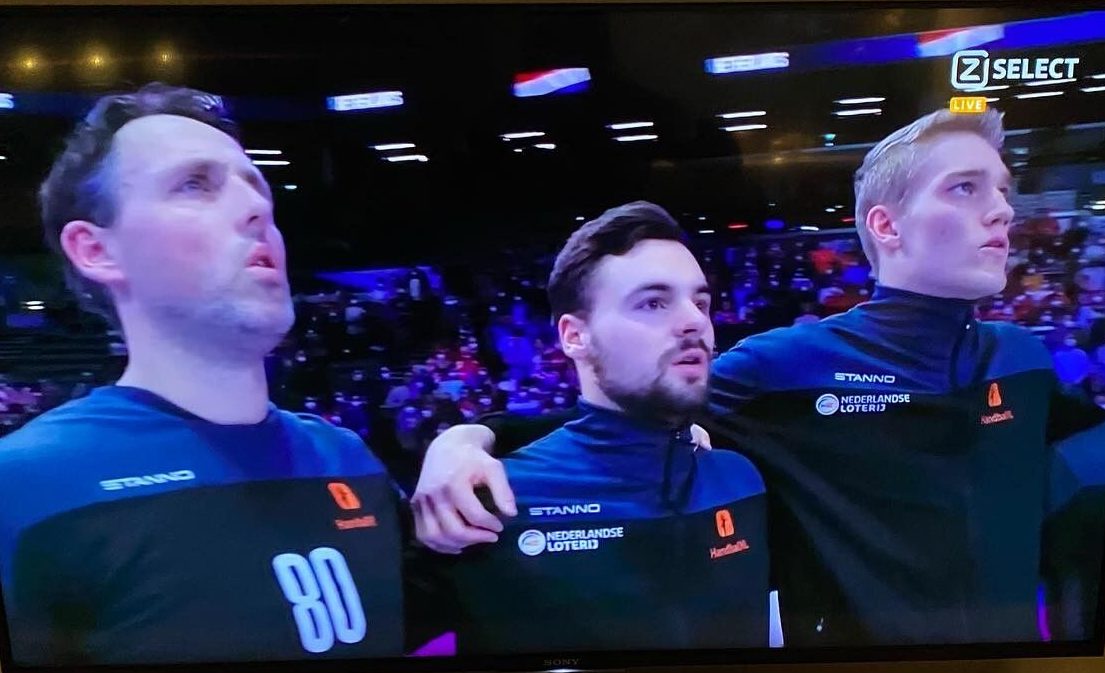 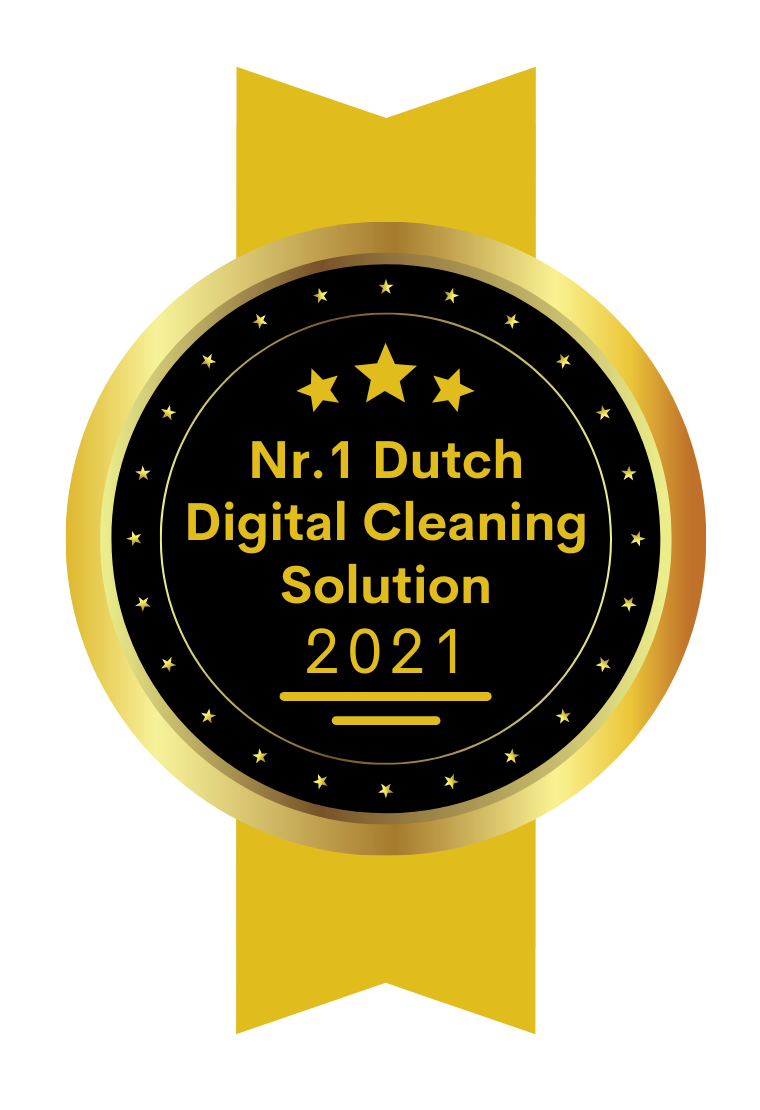 Replace your traditional paper checklist with an e-ink display!

We are taking digitalization even further by replacing the paper checklists on toilets with an e-ink display that shows when the last cleaning was done and when the next one is scheduled. A cleaner gets a notification to clean a washroom. After they are finished cleaning, they swipe a task in Facility Apps that the washroom has been cleaned. On exiting the washroom, the Cleaner holds their mobile phone against the e-ink display for 10 seconds and this will update the screen with the latest status. 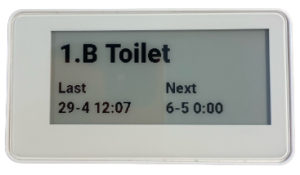 The new Quality plus modules that measure the quality of cleaning in buildings or spaces are focused on effectiveness, objectivity and accuracy.
Cleaners need fewer actions to fill in the quality checks, and instead of giving an indication number (figure), they fill in the number of errors. This ensures that measurements of cleaning quality become more objective and accurate.
With the right personal settings, the app is used much more effectively per room by each cleaner. This is because you do not have to spend a long time searching for the right room or element, but it is enabled by the cleaner themself. Finally, the quality reports and dashboards that are run per period are much more insightful and accurate. Also, in the report you can see the results of the previous months so that you can compare. Errors become more insightful, and corrections easier. 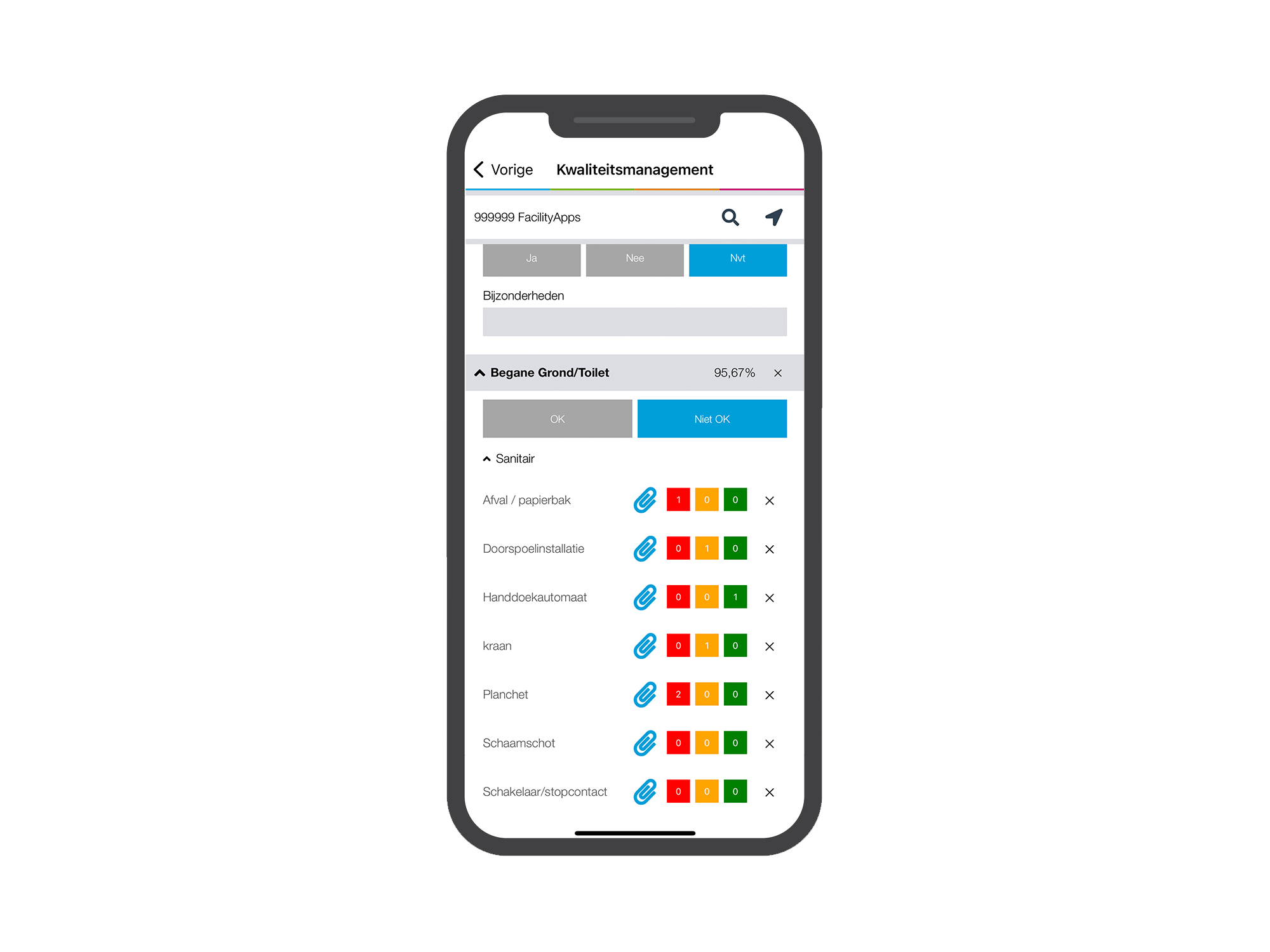 Different solutions are possible depending on the nature of the location. Sometimes you have a location with several employees, then a digital time clock is useful. But if there is an ‘evening building’ with only 1 employee, the NFC / QR sticker and the use of the App would be more convenient. 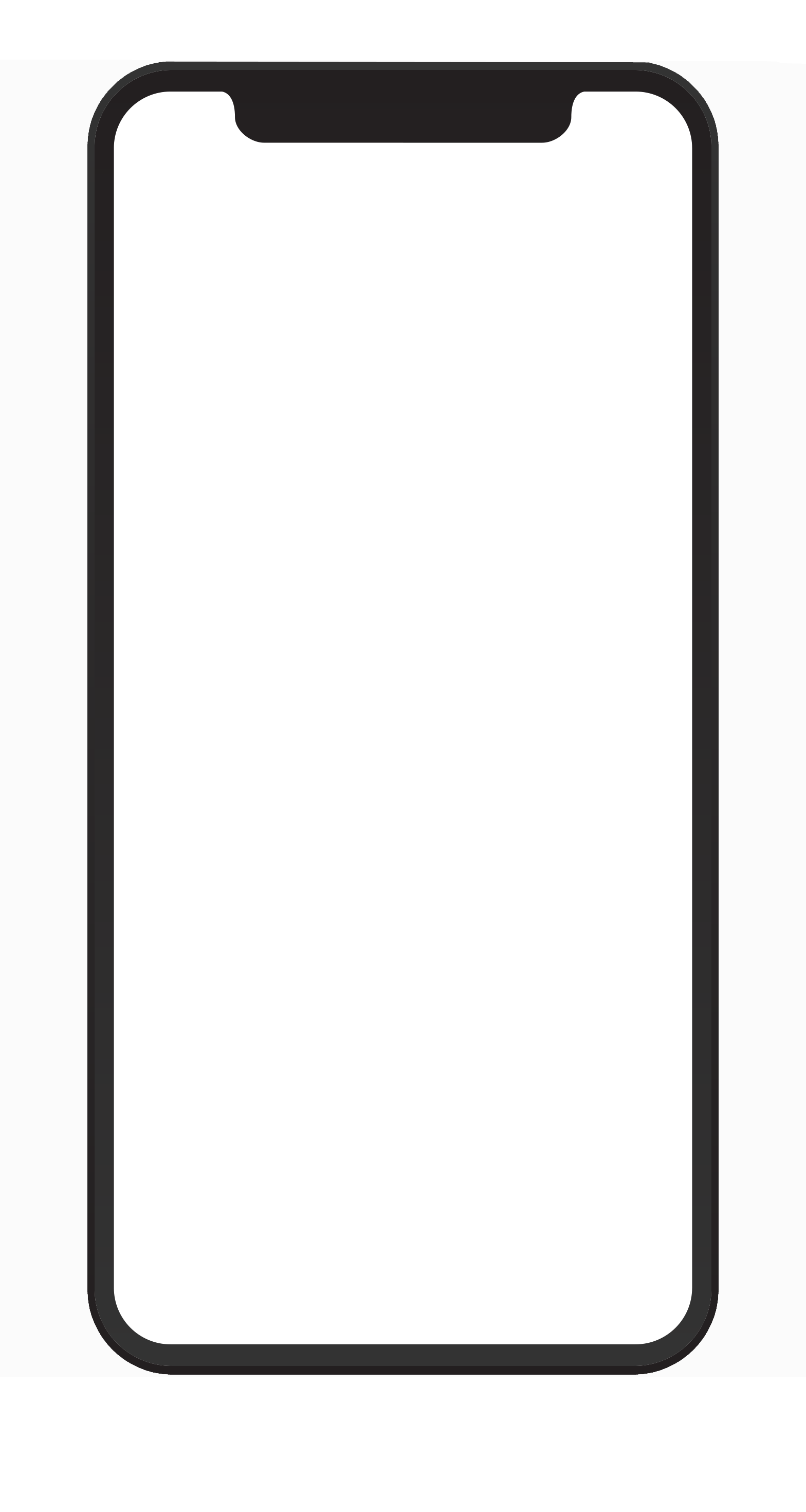 Executive users with more rights because they also have to supervise employee users and have access to reports.
For example: quality inspectors, team leaders, supervisors, district managers, management.
One of the supervisors is an Admin-User. This is the administrator of the environment who is in possession of all rights and can therefore configure the entire FacilityApps environment. This is also the user who communicates with the FacilityApps Service Desk. 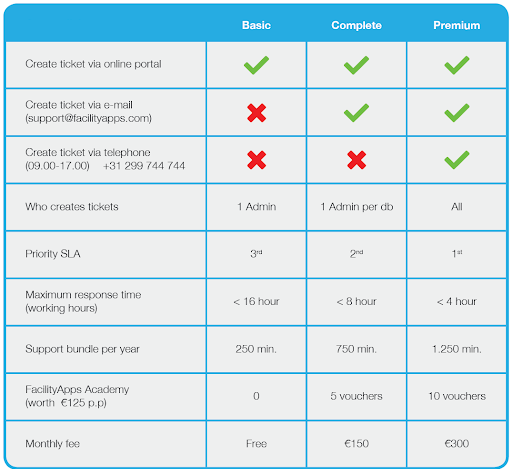